Lock No. 4 was first constructed in the mid 1800’s and is still in use today on the Muskingum river. This particular lock was experiencing difficulty with its valving system and was in dire need of repair.

Grout Systems was first contracted to design and install a working platform on the “land side” of the lock. The reason for this was: for fear of the equipment loads working in close proximity of the aged structure; which was already experiencing significant settlement of the earth there. We designed an Auger Cast Pile grid system consisting of 12-rows of 3-piles each. Beams were installed on the tops of these pile perpendicular to the lock. The piles nearest to the lock worked in compression while the far piles were suited with all thread reinforcing to accomplish the tension loads required. Significant bracing was required in the framing due to piles being extended above the grounds surface up to 7’-0”. The equipment it was designed for would cause lateral loads as it moved about the platform. The beams were then covered with 1’-0” x 4’-0” x 24’0” wooden crane mats that became our working surface. Portions of the platform were designed to extend over portions of the lock. This would allow Grout Systems access to the next portion of our work. The Auger Cast Pile grid system was also very beneficial in the stabilization of the earth behind the Lock wall. Voids were filled throughout the installation and the compression of the loose soil took place.

In order for others to reach and repair the valving, it would be necessary to dewater the canal leading to and from the Lock. The problem with dewatering the canal was that significant settlement could occur once the water was removed from the Lock walls. In order to avoid the risk of settlement, GSI used our platform to access the Lock Wall and drilled through 30’-0” of the existing sandstone blocks and penetrate an additional 25’-0” of earth to reach the underlying bedrock. We then used a highly monitored Low Mobility Grouting (LMG) program to form 22- Grouted Piers from the Bedrock to the underside of the Lock. Monitoring holes were first drilled to detect the presence of any Lock Wall movement during the LMG process. Benchmarks were also established and used throughout the course of our work. 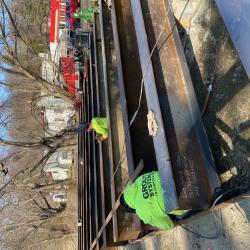 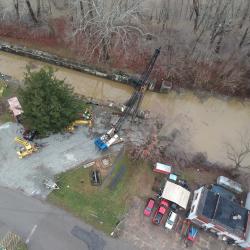 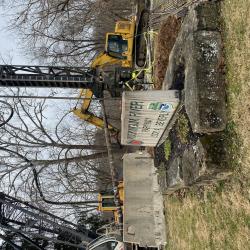 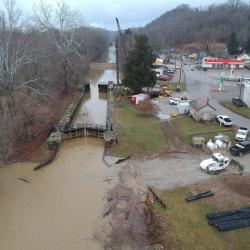 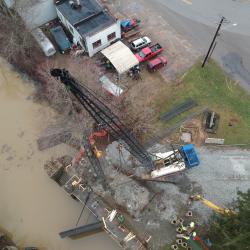 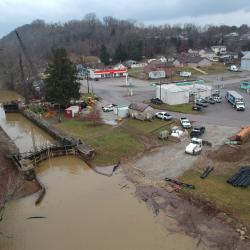 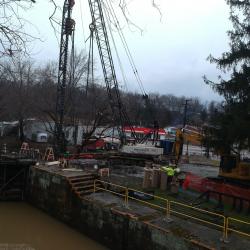 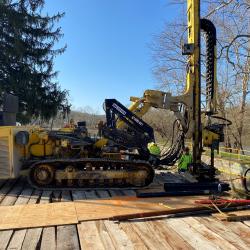 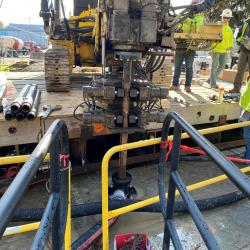 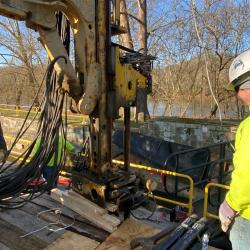